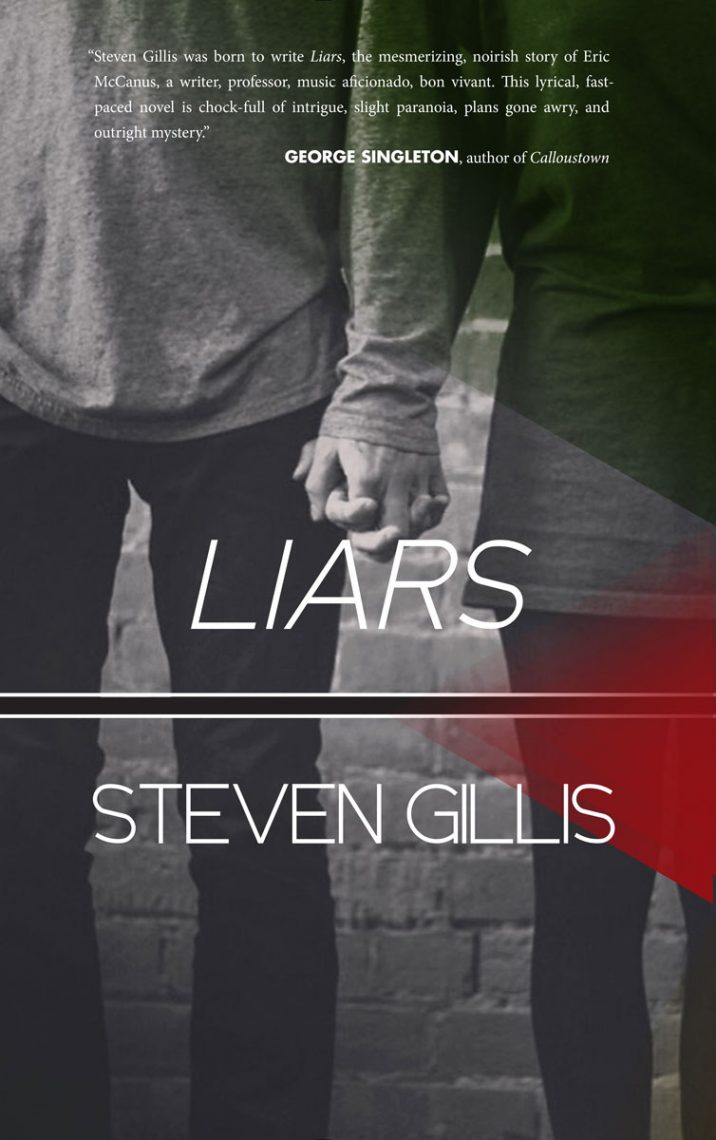 Eric McCanus is a novelist with the misfortune of having written his one great book when he was young. Struggling to write more, recently divorced, while still missing his ex-wife, Eric becomes convinced that happy relationships are unsustainable. Determined to prove the accuracy of his theory, Eric stumbles upon a seemingly perfect couple at the market. Convinced the marriage of Cara and Matt can’t be as successful as it appears, Eric does what he can to break them apart. What follows is a psychological and philosophical comedy of errors. Liars is an exploration of love, relationships, and human interaction, a madcap romp through the vestiges of modern affairs, revolving around five characters, each spun drunk on the batterings of love while attempting to sustain themselves in a false world.

“Liars moves brilliantly back and forth between the feelings of love and defeat. Gillis is a master puppeteer; his characters embody the broken gracefulness that is alive in the everyday lives of the people around us. Fans of love stories and tragedies will rejoice over rise and fall of the characters in Liars.”
—MacKenzie Hamilton, New Pages

Steven Gillis is the author of six novels and two short story collections.

A founding member of the Ann Arbor Book Festival Board of Directors, and a finalist for the 2007 Ann Arbor News Citizen of the Year